You are here: Home / Uncategorized / Rugby Introduction as a Community Service from Universitas Negeri Yogyakarta

Universitas Negeri Yogyakarta (UNY) held the Get Into Rugby (GIR) Festival as a community service program on Saturday, 19 August 2017 at the UNY field. This festival used the rugby touch system and was followed by 231 students and 21 teams from elementary school level up to senior high school and the equivalent education levels. This festival was the first one to be held by UNY and was supported by Persatuan Rugby Union Indonesia of the Special Region of Yogyakarta. 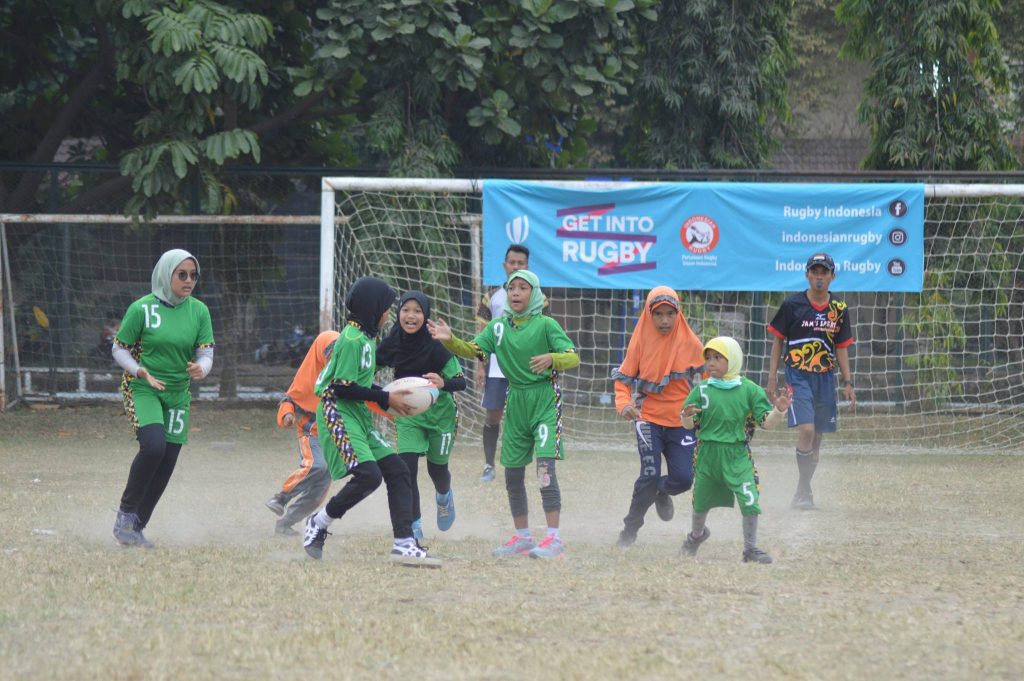 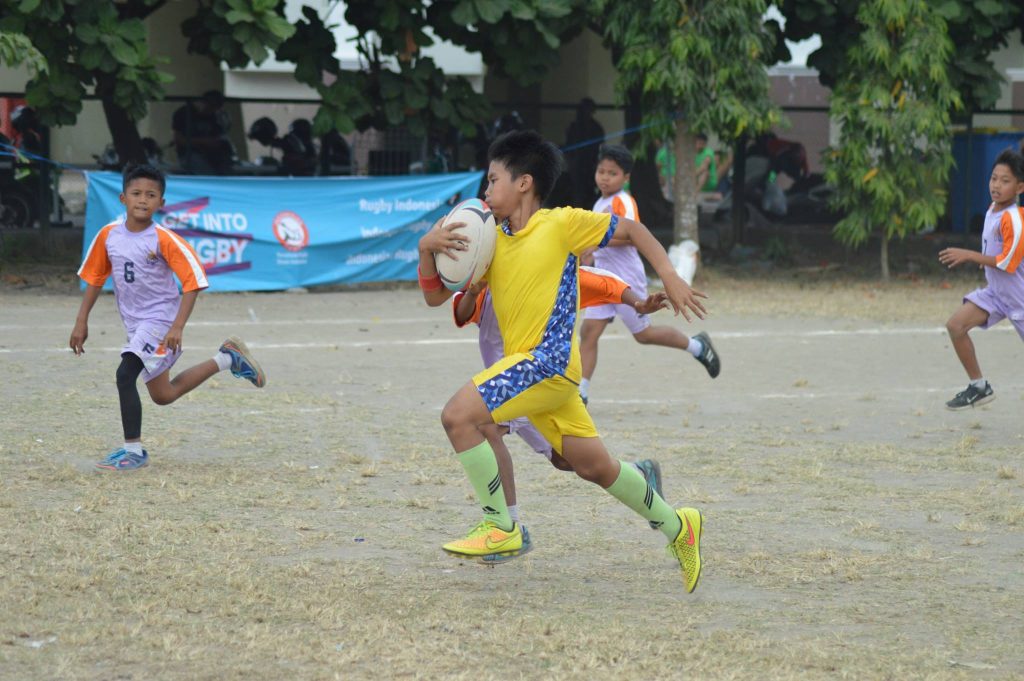 The string of events started with a rugby introduction to schools of the elementary level up to to senior high school level and the equivalent throughout the Special Region of Yogyakarta Province since previous May. This introduction was executed by UNY students whom are active UNY rugby players. This event was well received by all Yogyakarta communities. All participants looked very excited in their part take of the first game, while teachers and parents gave their highest support and enthusiasm on every game. Leader of the activity and also UNY lecturer, Mahfudin, is optimitic that this event will continue on an annual basis and will become the rise of Rugby in the Special Region of Yogyakarta. “Many athletes are born from activities like these. We are certain the Special Region of Yogyakarta’s potential will keep developing and we are ready to assist as an educational institution in Yogyakarta”, stated Mahfudin. 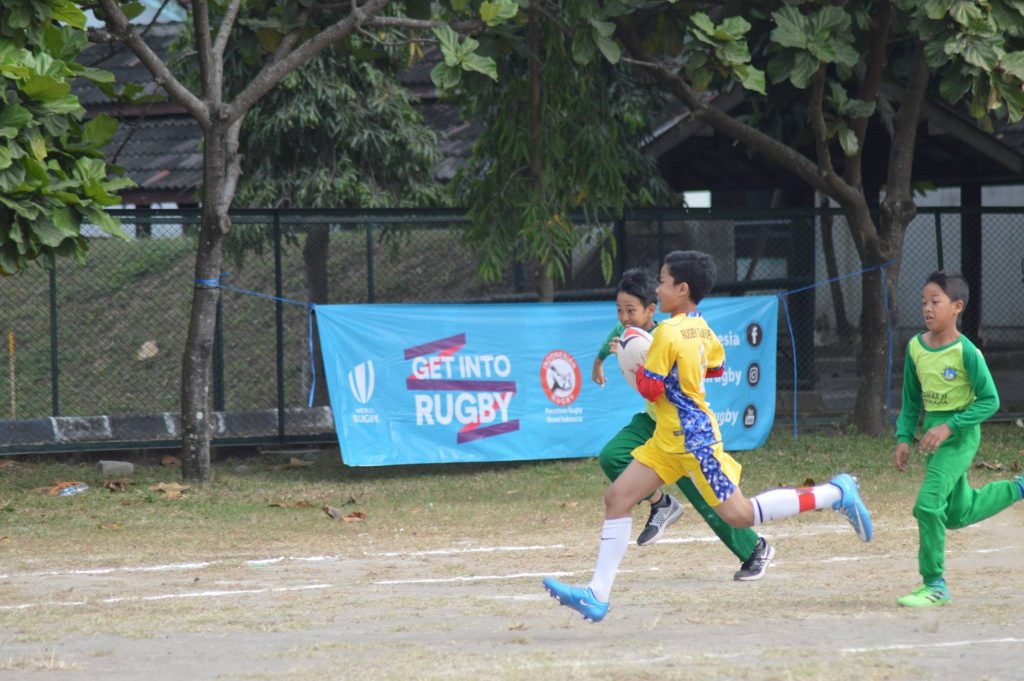 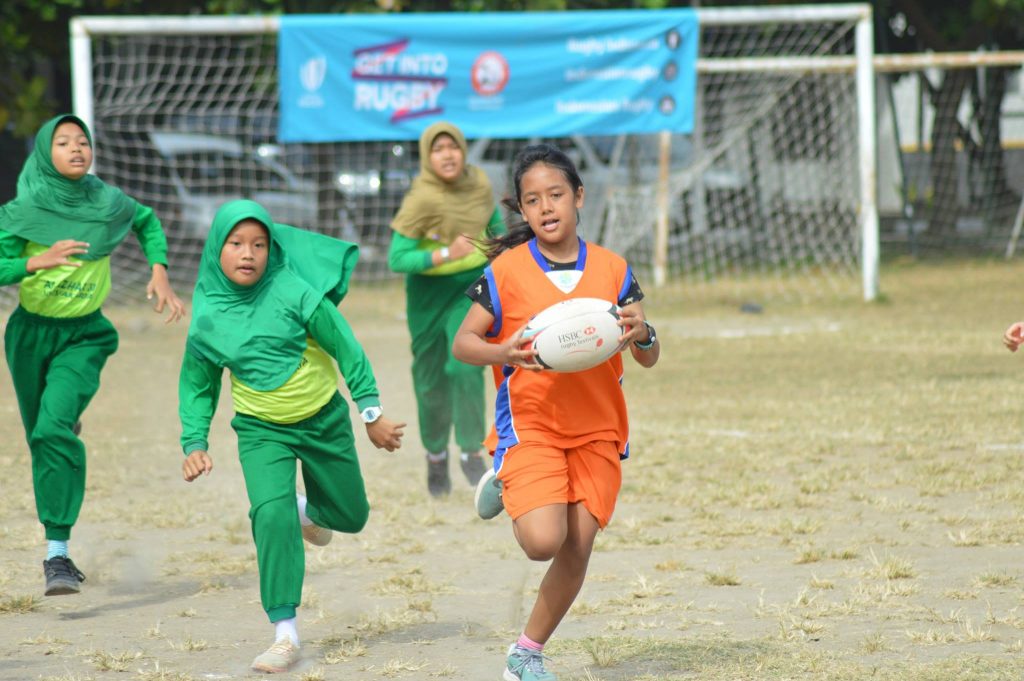