You are here: Home / Uncategorized / The first Rugby Tournament in Papua

On the 15TH of August mark another history for Indonesian Rugby where we successfully held Papua Rugby Open Tournament, in Timika, Papua. The tournament was the first national tournament being held in Papua. 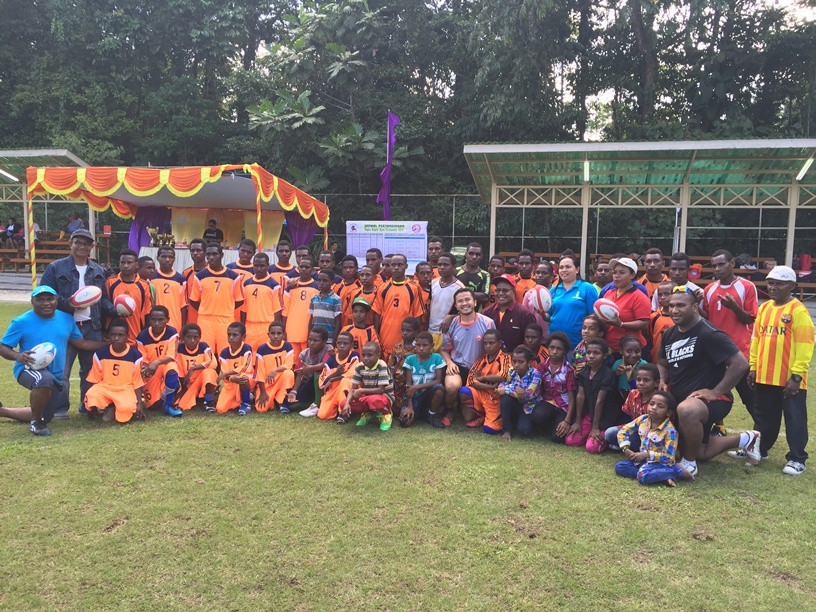 We can see feel the excitement of the tournament ever since we left the Airport and head down to Kuala Kencana Pitch. There were banners of the tournament side by side with the city’s preparation of Indonesian Independence Day.

The tournament format was 10 a side rugby and there were 11 team in total that participate in the tournament, 8 Men and 3 Womens. The team came all the way from Timika, Tembagapura, Jayapura and also 1 team from Bali. In the Opening ceremony, there were speeches by George Deda (PRUI Mimika), Gasper Muabuay (PT Freeport), Pak Yoseph Yopi Kilangin (PRUI Mimika) and Fikri Al Azhar (PRUI) who express their gratitude to the sponsors and all committee that put their hands together to held the event. 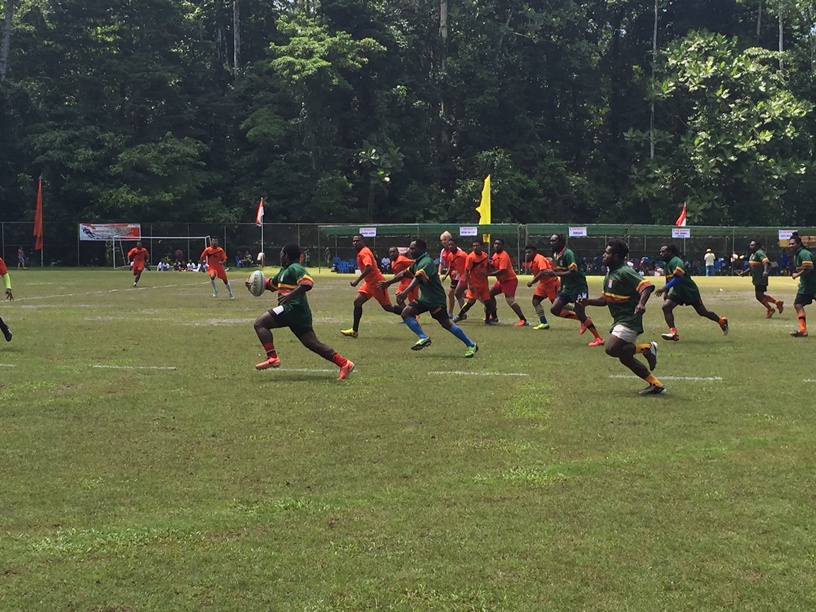 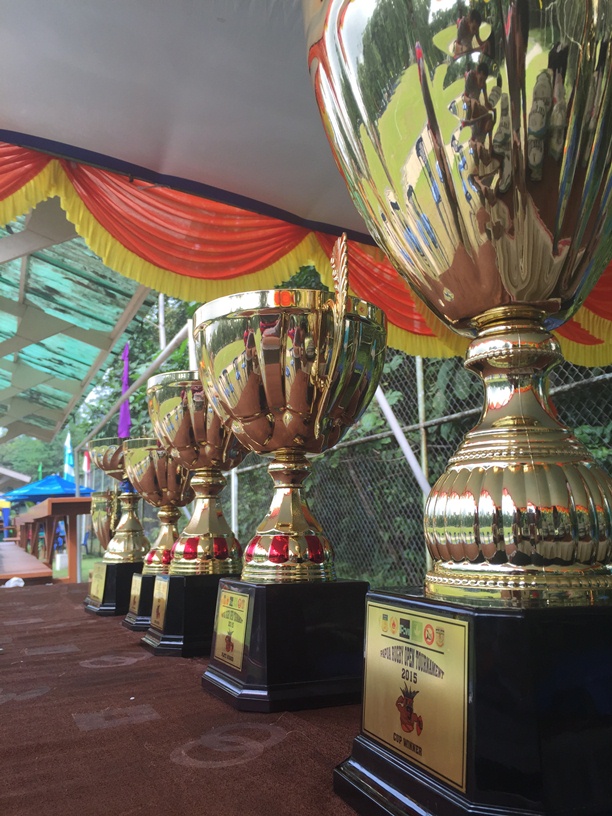 During lunch time, PRUI and PRUI Papua also conduct ‘Get Into Rugby’ training for 50 kids from local schools. This exciting program has proven successful all over the world and believed as a great program for kids to learn about rugby. Rendy Yusuf as PRUI Rugby Development Officer led the training with the fellow local rugby players. 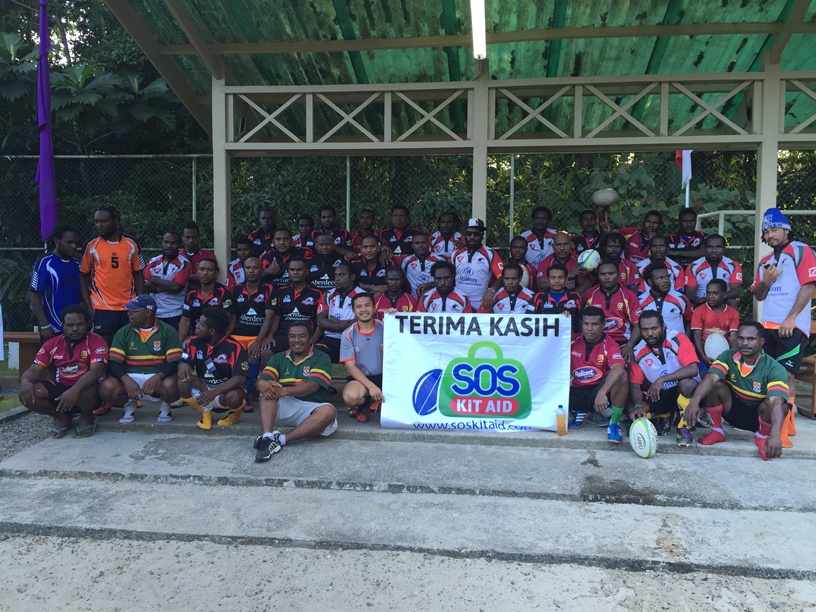 Final results of the tournament:

In his closing statement, Pak Yansen Tinal as Chairman of PRUI Papua stated his belief that Rugby have a bright future for Papua and he believe we can held next year tournament in Jayapura, at Papua provincial stadium. 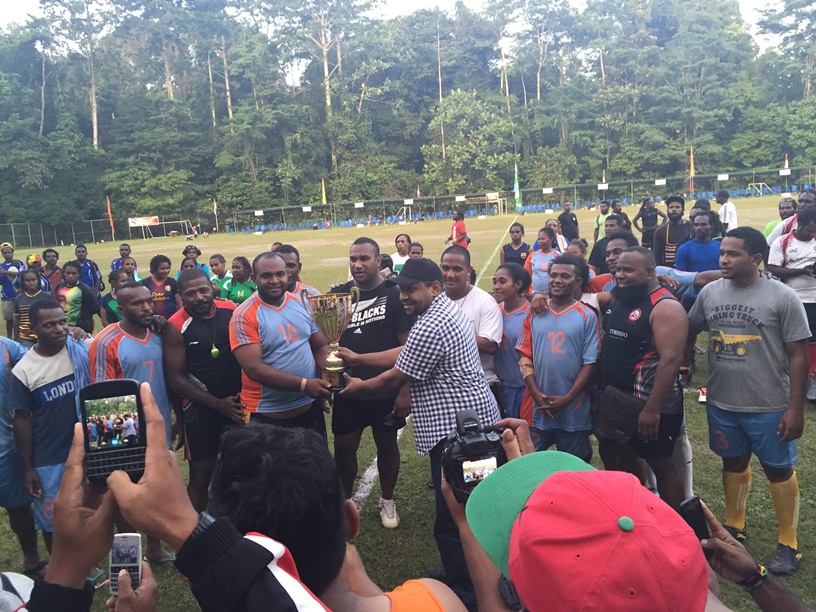 Special mention to Bali Rugby who sends their team to the tournament, Kurt Lovell and Clive also helped as referee for the day. Bali rugby also donate rugby team kit to Banti Menaga as the most impressive team that came from the highland and have been training with limited resources and facilities. 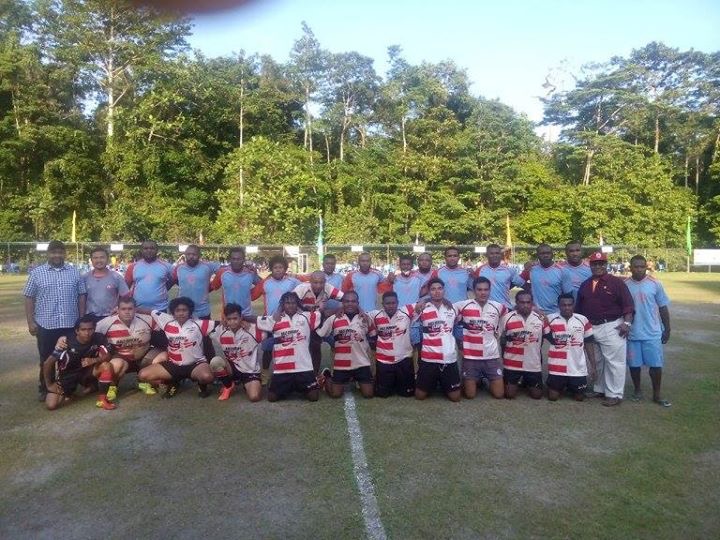 In the end of the day, we all believe the tournament will be BIG next year and look forward for the next Papua Rugby Tournament.