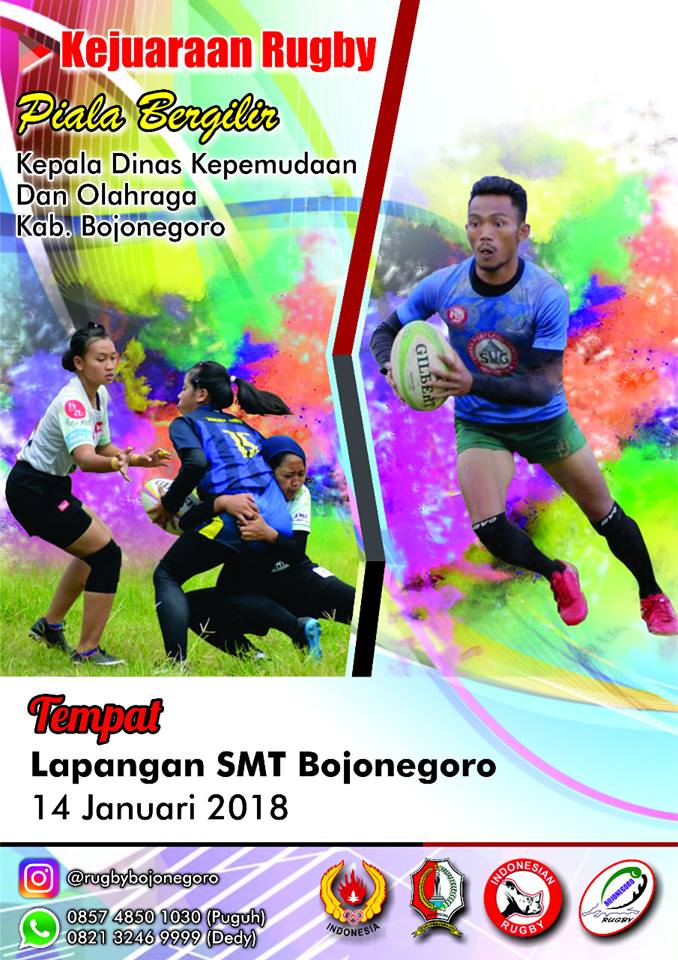 With the recent surge in the number of “Get Into Rugby” events conducted throughout Indonesia, more and more junior and senior high school along with primary students are being introduced to Rugby. Not only being introduced to the Game but also through GIR, participants are making new friends and being introduced to the Rugby Values of Integrity, Passion, Solidarity, Discipline and Respect. With the three phases of GIR being Try, Play and Stay, it is hoped that many Indonesian youth and new players will not only try Rugby but get involved in regular competition so that they will eventually stay in Rugby, be it as players, coaches, officials or supporters.

Starting GIR in Indonesia was not an easy task, with not many schools and youth groups knowing what Rugby was and those who had seen Rugby being played tending to focus on the physicality and aggressiveness of the game and brushing it off as somewhat of a “brutal” sport. Thanks to the efforts of many Indonesian Rugby volunteers under the coordination of Agus Djamhoer and Iwan Rinaldo Syarief GIR is now conducted in smaller cities and towns right down to the District level in such areas such as Jogjakarta, Lampung, South Sumatera, West Sulawesi and East Java.

In the District of Bojonegoro, East Java the recently held Office of Youth and Sport Junior Rugby Tournament deserves to be applauded as the district PRUI officers have managed to accommodate the GIR participants so that they have moved on from only trying to actually playing Rugby.

In the Junior High School Division, SMP Arrahmad Bojonegoro narrowly beat SMPN 4 Bojonegor in the Boys Category and SMPN 6 Bojonegor slipped by to score one try and beat SMPN 1 Trucuk to take home the Cup in the Girls Category.

The contagious Rugby phenomenon continues to spread at the grass roots level throughout Indonesia with South Sumatera to hold the first ever Rugby Sevens Tournament on Sumatera soil this upcoming March 31 st to April 1 st .

You can contact admin@inodonesianrugby.or.id if you want to know more about GIR or if you would like a GIR event to be held at your school or community, anywhere in Indonesia.